Ten Helpful and Interesting Ways to Use Hydrogen Peroxide

Hydrogen peroxide is a chemical that can be found in most households in America. It has many uses that are commonly known, such as its use as a disinfectant for minor cuts and burns and as a cleaning alternative to chlorine bleach.

There are well over 50 uses for this amazing chemical, and the best part is that it is extremely cheap and easy to find! Here I will list my top ten favorite ways to use hydrogen peroxide. So, stop leaving your peroxide under your kitchen sink to gather dust and start putting it to good use!

This is a use of peroxide that I learned from my mom. I have always tended to get ear infections and had them quite frequently growing up. Even now, as a 26-year-old woman, I still get ear aches when the seasons change (thanks to my wonderful seasonal allergies). Ear infections are usually caused by inflammation and/or fluid build up behind the ear drum.

All you need to heal your ears using this method are a few drops of hydrogen peroxide, a wash cloth, and a heating pad. Lie down on the opposite side of the ear that is infected, put a few drops of the peroxide in your ear, and let it sit for around 5 minutes. Then, sit up and let most of the fluid drain onto a warm wash cloth. After that, I usually lie on a heating pad for 10-15 minutes to help further ease the pain.

You may need to do this more than once a day for a few of days, but if the pain gets worse or doesn’t go away in that time, you should see your doctor. For small children and babies, always talk to a doctor before using this method.

A few years ago, I went through a phase of wanting to live as all-naturally as possible. I did research on how to make everything from homemade house cleaners to homemade toothpaste. It was then that I found out about how awesome peroxide can be for your teeth. In order to make homemade toothpaste using Hydrogen Peroxide, you just need to mix peroxide with baking soda.

Optionally, you can add coconut oil and flavoring. Even if you don’t use the coconut oil, I highly recommend using flavoring like peppermint oil, cinnamon oil, or other food-grade flavored oils, since baking soda has such a strong, unpleasant taste.

Make sure you do not ingest these chemicals and rinse your mouth thoroughly, because ingesting large quantities of peroxide or baking soda can be dangerous. This toothpaste will not only have antibacterial qualities but will also work to whiten your teeth.

If you want to stick with regular toothpaste, but would still like a teeth whitener, simply swish some hydrogen peroxide in your mouth in place of mouthwash about once a week. Since peroxide is an antiseptic, using it as a mouthwash can also greatly relieve tooth pain from cavities, gum disease and other oral infections until you can see your dentist.

By spraying hydrogen peroxide and water on your hair, you can lighten it without using typical hair bleach which may contain ammonia. This is also a great alternative if you find boxed hair bleach too expensive or find yourself unable to get to the store to get some. Follow the steps in the video I have linked here to learn how to safely dye your hair using peroxide.

I used to work at a hotel a couple of years ago as a housekeeper. This meant I was responsible for the daily cleaning, organizing, and restocking of hotel rooms. One thing I learned while working there that carried over to my own home, was the use of hydrogen peroxide as a mirror and window cleaner in place of name brand cleaners. The reason we used this at the hotel was because the peroxide killed bacteria on the bathroom mirrors and windows that may be left there by various guests, while also leaving the glass completely streak-free.

During a recent move, I left some shoes piled up in a back corner of my closet with the intention of boxing them up later on. This was a bad idea, since apparently some of those shoes were slightly damp (the joys of moving during winter), and because they were in the back of the closet, I forgot about them until the rest of the closet was packed and moved out.

By the time I got to them, there was some green mold on most of the shoes and a patch of the carpet inside the closet. So instead of rushing to the store to buy mold killing carpet cleaner, I pulled out my hydrogen peroxide.

Most carpet cleaner and stain remover contains peroxide anyway! In most cases, using a 3% solution (which is what you usually buy from the store) won’t bleach the color on your carpet. With that said, there is still a risk, so I would test a small hidden patch of the carpet first before using on larger patches of the carpet. This brings us to the next use on the list: using hydrogen peroxide on clothes and fabrics.

6. Stain Remover for Clothing and Other Fabrics

The same way you can use peroxide to clean the carpet, you can use it to remove stains and bad odors on clothes as well as brighten them. This is a safer alternative to regular chlorine bleach. It is also wise to test fabrics before using hydrogen peroxide on them to make sure the color won’t fade in the wash. Click here for more information about using hydrogen peroxide on your laundry.

The fact that peroxide kills bacteria and viruses means it is perfect for healing some skin conditions and infections caused by them. Further than that, hydrogen peroxide also unclogs your pores and helps exfoliate your skin, revealing the healthy skin underneath.

When your skin produces too much sebum—the natural oil on your skin—the peroxide will dry it out and prevent breakouts in the future. With all of that said, you shouldn’t use this too often, since overuse can cause skin damage. Click here for more about how to use hydrogen peroxide to treat acne.

If you are someone who loves to garden or do home landscaping, you know how pesky weeds can be. The good news is that peroxide makes a great weed killer! This is a tip I learned from my father, who loved to grow his own vegetables. Although most uses of hydrogen peroxide work just fine with the 3% solution that is found in the health section of the grocery store, a stronger solution is needed to kill weeds. You can usually find a 10% hydrogen peroxide solution at your local feed store if you are unable to find it at Wal-Mart or Costco.

All you need to do is mix the peroxide with water, put the mixture in a spray bottle and spray directly on the weeds you wish to be rid of. Be careful not to let this high concentration of peroxide touch your skin, as it can cause skin damage such as burning and redness. It will kill any plant you spray it on, so also make sure to spray on only the weeds and not plants you want to keep growing.

9. Extend the Life of Fruits and Veggies

Washing fresh fruits and vegetables is very important. Whether you buy organic or not, there is still some dirt and certain allowed pesticides on the outside skin. Hydrogen peroxide gets rid of bacteria and pesticides and can extend the life of your fruits and veggies.

It is also cheaper than buying a special cleaning solution for your food. You will need food grade peroxide for this method (which is 35%). Fill your sink with water and then add 1 tablespoon of the hydrogen peroxide and let the fruit soak for about 10 or 15 minutes. Then rinse and store.

Oyster mushrooms are a common edible mushroom that can be found in most super markets. Or, you could just grow your own using hydrogen peroxide! The peroxide keeps the contaminants away from the mushrooms without harming the mushrooms themselves. If you love mushrooms and are interested in learning how to grow Oyster mushrooms at home, follow the steps in this link and get started.

As you can see from these fascinating tips, H2O2 is more than just an antiseptic wound treatment. Although there are many more things that hydrogen peroxide can be used for, these are just the ones I have found to be the most practical or interesting by far. If you are like me, and always keep a bottle of hydrogen peroxide in the cabinet only to forget about it, keep these handy uses in mind to save yourself money and trips to the store! 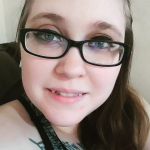 Megan Patton is a freelance writer from Kentucky who is currently pursuing a BA degree in Psychology. She is a stay-at-home-mom and blogger who has a passion for writing about the ups and downs of parenting, useful tips for everyday life, mental health, and everything in between.

4 thoughts on “Hydrogen Peroxide: H2O2 and You”

This site uses Akismet to reduce spam. Learn how your comment data is processed.

Crest of the Fallen

You may have missed

The Circus of the Sun Gets Iced

Hydrogen Peroxide: H2O2 and You